I did a ‘Decca tree’ and a binaural recording of two 2 hour performances of Environmental Dialogue. (At a later date these will be published online.)

An all string ensemble is performing ‘Environmental Dialogue’ by Pauline Oliveros, an American composer, accordionist and creator of ‘Deep Listening’ practice.
The piece is part of ‘Sonic Mediations’ collection written in 1974. It is one of the most seminal works of late 20th century avant-garde music. In an attempt to tackle the questions of where does the music come from and how can it be realized, ‘Sonic Meditations’ departs from traditional musical notation. The focus is brought to the cognition of sound by means of making, imagining, listening and remembering. Part VIII of the score titled ‘Environmental Dialogue’ sets a conceptual framework for the performance. It emphasizes social power of sound and extended recognition of its sources as well as new ways of interacting with our surroundings and each other. 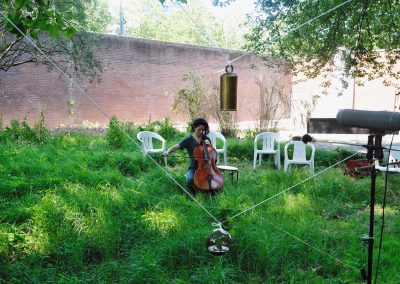 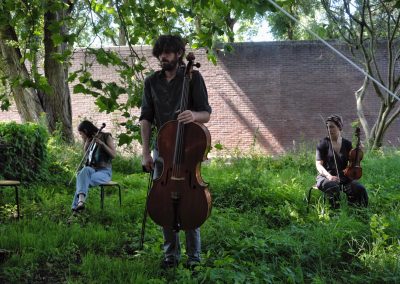 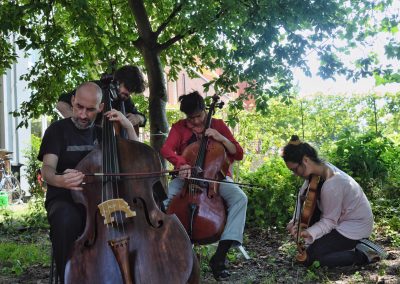 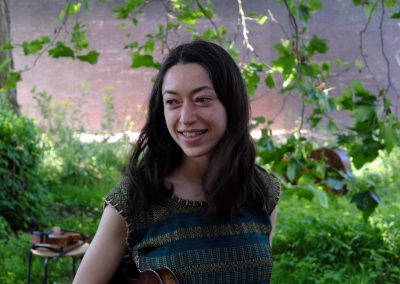 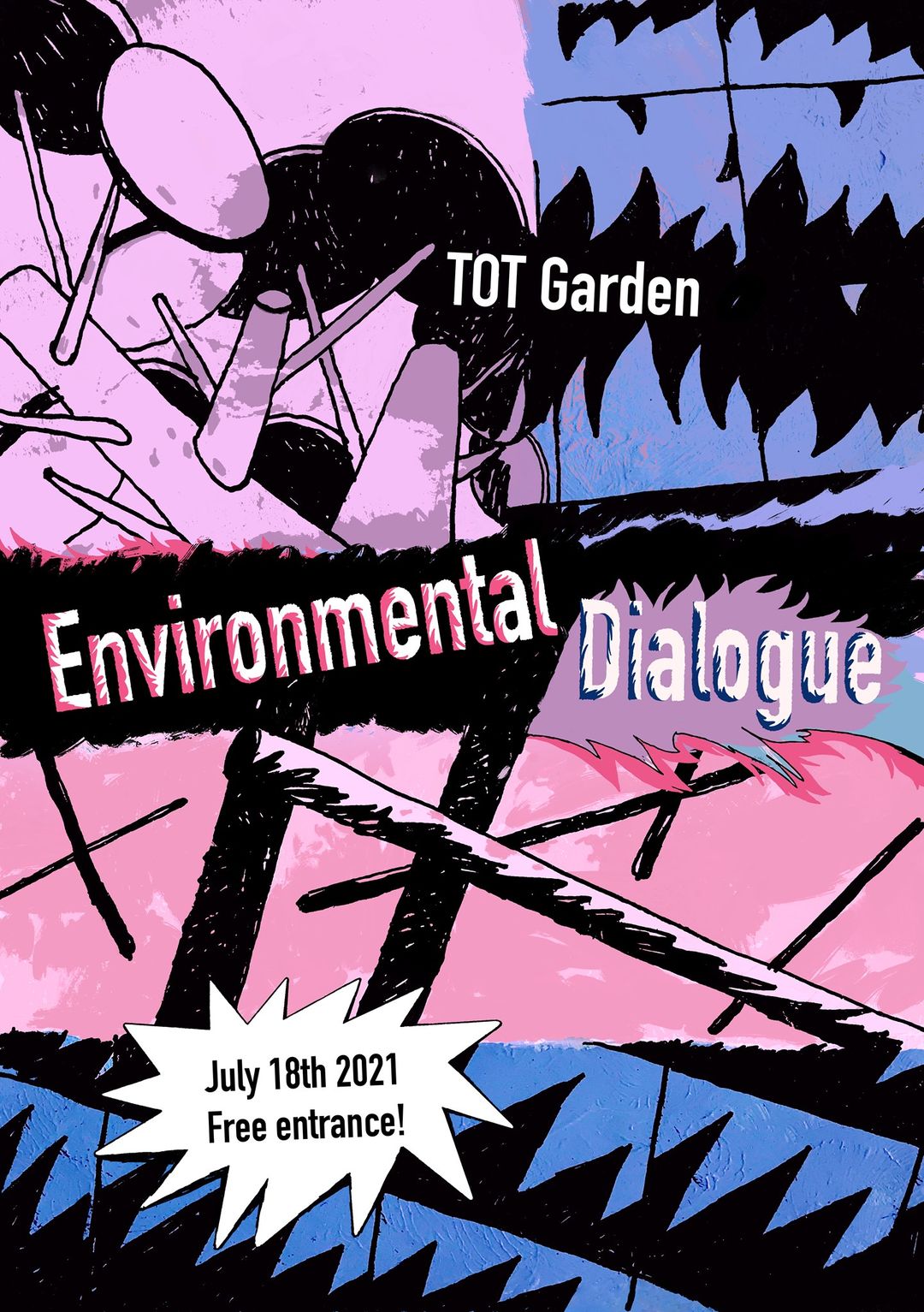