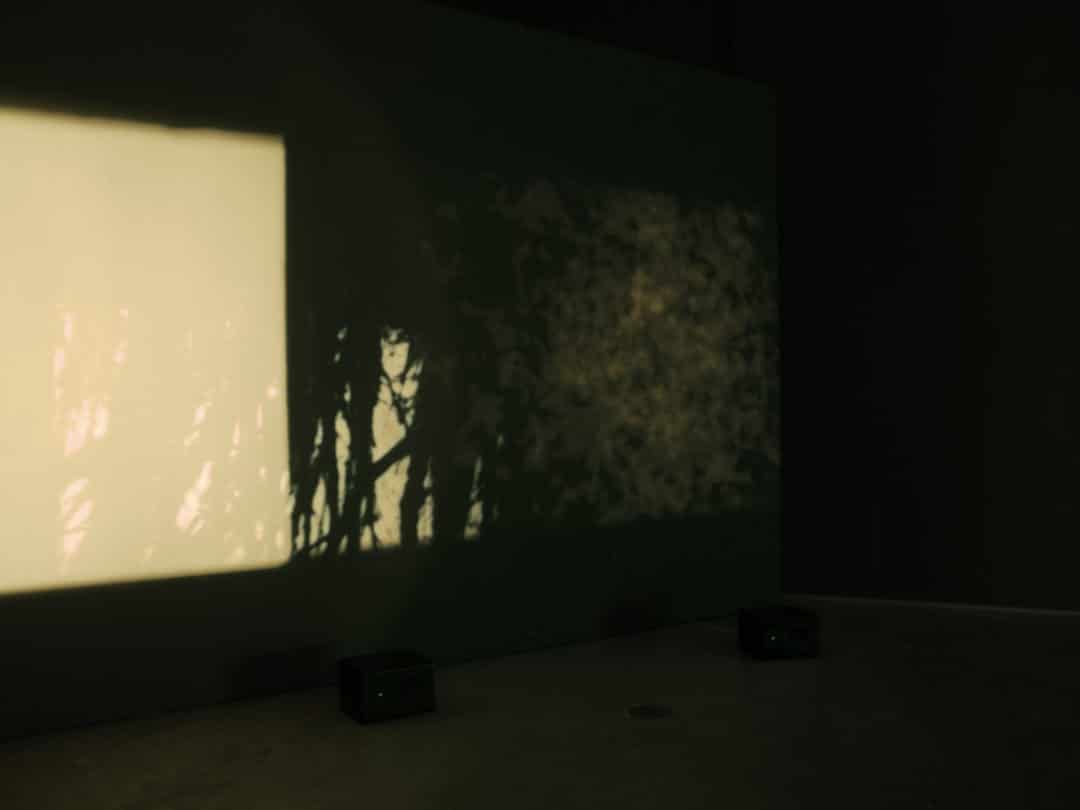 ‘JIANJIAN’ an installation by consists of three looped 16mm film projections of different durations, moving independent of each other. Each loop is a film strip with image and optical sound; therefore, in practice a different combination of image and sound will be created the whole time.

Lichun tseng（中文：曾莉珺 ）, 1979, is an artist from Taiwan who has been living and working in Rotterdam in the Netherlands since 2007. In her work she searches for an experience of the vital dimensions of life. Absorbing and partaking in it, grasping its wholeness, in which exploration and reflective contemplation are profound mental drives. For the past few years she has been primarily working with 16mm film, in traditional cinema works as well as in multi-projector installations.

A New Generation of Film and Video Artists in the Netherlands