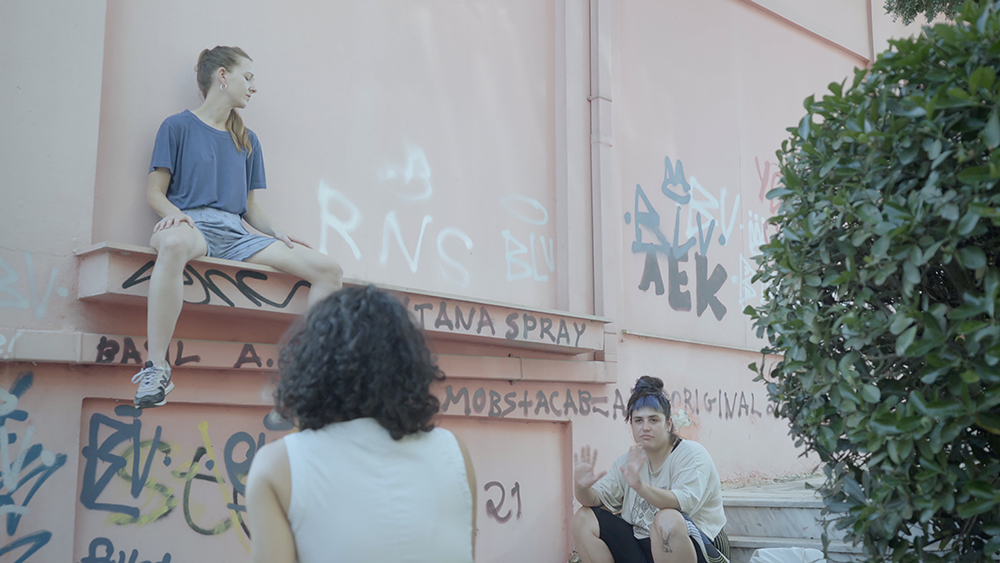 A liaison to a life no longer ordered from above

A liaison to a life no longer ordered from above is a work and a project by the artist Clara J:son Borg which was co-created together with the artist and dancers Aris Papadopoulos, Christina Karagianni, Stella Dimitrakopoulou, Aspasia Giannoulaki, Markella Ksilogiannopoulou and Christos Fousekis in Athens, June 2021. During four weeks the group explored ideas around urbanity and urban life through conversations, movements and writing. The result of the research was reworked into a screenplay and filmed in the suburb Nea Ionia in Athens.

In A liaison to a life no longer ordered from above Aris, Christina, Stella, Aspasia, Markella and Christos share experiences of their urban life in Athens. They talk about their strategies of how they engage with the urban on a street level, how Aris goes for walks to enable him to make op new stories about the city, how Aspasia’s fictive contemporary urban goddess persona is a way to empower her to protect herself from male harassment in the streets and Christina who her walks been acknowledging the cities vertical heretical structures through listening to the languages that are spoked on different levels in buildings. Their conversations also include their recent experience of being in a long, controlled lockdown during the covid-19 pandemic. Stella talks about how moving or roaming in the city became a way to be invisible and bypass the police and how the common sense around how to be in the urban needed to be renegotiated. The group discusses ideas about public and private spaces that the urban holds and the way that the urban infrastructure allows them to have and create friendships.

Made possible by the generous support of Stichting Droom been Draad and the Mondriaan Fond.

From the 4th-23rd of January 2022, the film is included in the TENT Online Cinema screening program.
You can watch it here. 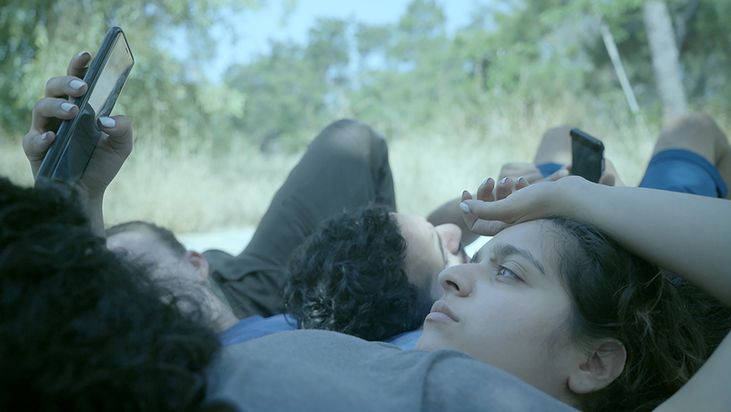