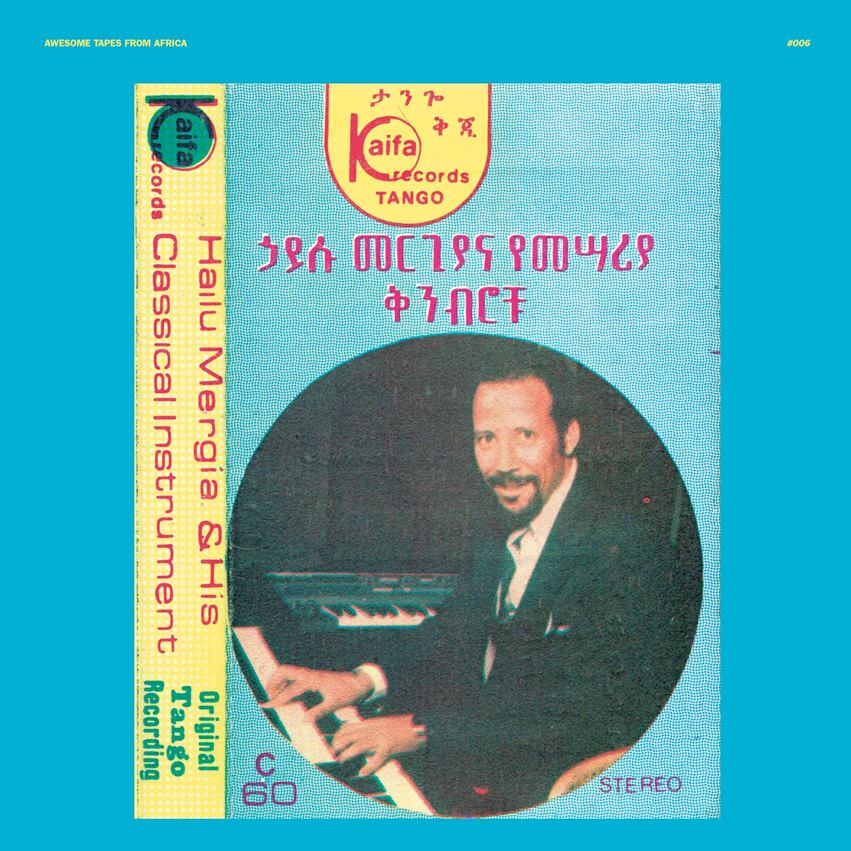 ■ HAILU MERGIA with TONY BUCK & MIKE MAJKOWSKI (et/au)
Hailu Mergia’s return to the world of music is one of the most unlikely comebacks of the recent years: The keyboardist / accordeon player was a major star in 1970’s Ethiopia, presiding over the country’s leading instrumental ensemble Walias Band. In 1981, a good part of Walias including Hailu used the first ever US tour of an Ethiopian band to escape the dictatorial Mengistu regime. Since then Hailu has been a resident of the Washington DC area, spending most of his recent years as a cab driver at Dulles Airport and playing only privately. Enter Awesome Tape From Africa. Brian Shimkovitz, operator of the acclaimed blog-turned-record label, came across the 1985 cassette “Hailu Mergia & His Classical Instrument” in Ethiopia, tracked down the old maestro and reissued it: this tape has both a nostalgic feel (in its attempt to revive the accordion, once East Africa’s leading instrument before electrified “western” rock style instrumentation took over) as well as a futuristic dimension (recorded by the exiled Hailu all by himself, it features a host of synthesizers and drum machines). On the back this reissue in 2013, Hailu started to play live again with a rhythm section made up from two leading Australian improvisors: Tony Buck (THE NECKS, drums), and Mike Majkowski (double bass). Together the trio explores the deep, liquid and hypnotic qualities of Hailu Mergia’s music, while not forgetting to throw in some defty bits of funk.

■ DJ: DUCKFOOD (nl|rebel up!, pantropical)
Tonight’s party music supply will be in the hands of Duckfood. He defies categorization. His selections are too colourful to be hampered by any preoccupation about wether it fits this or that genre. Always on the search for new sounds from around the globe, his massive music collection absorbs anything from renaissance to Moroccan trance. This evening he will take us to the shoulder-shaking / hip breaking grooves of Ethiopia (Practice your moves with this), and much more!