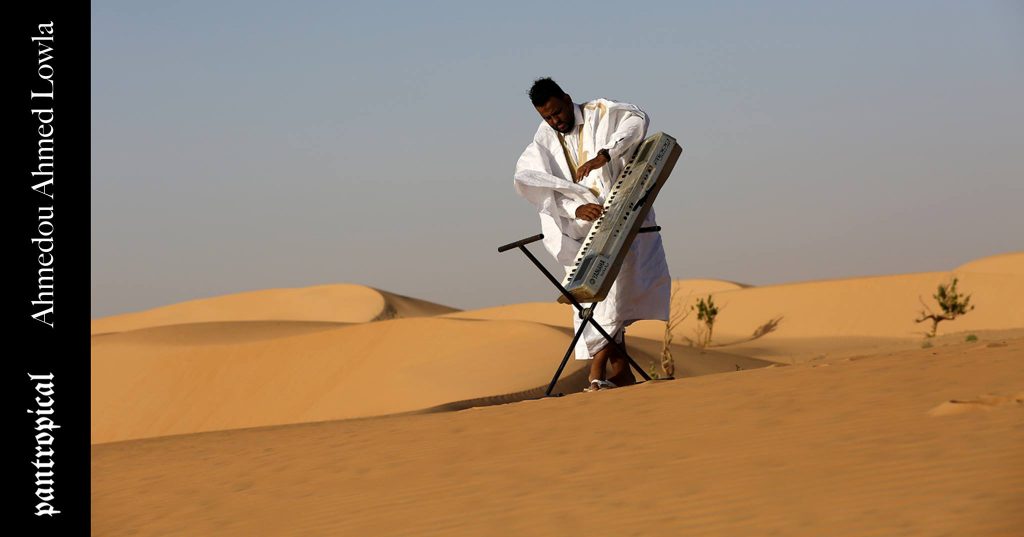 ✹ Ahmedou Ahmed Lowla plays energetic synthesizer freakout music in a style known in Mauritania, the Sahara as WZN, or in Arabic simply “music.” The style has emerged as pop music, blaring out of taxi cabs and cassette shops throughout the country. Ahmedou Ahmed Lowla is one of the country’s biggest stars, who performs at lavish weddings of Nouakchott, the capital of Mauritania, with a troupe of percussionists. Ahmedou has earned a reputation for his evocative theatrics, accentuating notes with by playing with his elbows, or tapping the keyboard with his head. Hypnotic and tranced-out, He transports Mauritanian classical music into technological futures, like a drug-free baroque rave under the open air of the Sahara.
✹ DUCKFOOD & CHULENGO (pantropical, rebel up)
Duckfood’s awe-inspiring music collection absorbs anything from Renaissance to Moroccan trance. His DJ selections are colourful and not preoccupied by categorization. Duckfood will be flanked by music culture omnivore Chulengo.