The 16mm film club was founded from the need of the four organizers to project and view together bits and pieces of the rich history of this format so beloved in avant-garde / experimental film culture. The great digitization has dusted off many films in recent years, but online availability is truly different from a real film screening, especially with unconventional films.
What we want is to see the inherent beauty of film, knowing that projection in the original format is much nicer, goes deeper and is more fun! We believe it’s sort of magical even.
First edition @ WORM Rotterdam Wednesday 11 August 2021 / Doors open 20:00 / Start program 20:30
Autrement, la Molussie
Nicolas Rey, FR, 2012, 81’
Language: German, Subtitles: English
Nine short, individually titled reels of colour 16mm film, which are presented in a random order determined before each screening, creating 362,880 different versions of the film.
Nicolas Rey’s third feature film, differently, Molussia (2012), is an adaptation of a novel he’s never read. Written between 1932 and 1936, Günther Anders’s The Molussian Catacomb analyzes the rise of fascism by way of a series of parable-like conversations between two men imprisoned deep beneath the surface of Molussia, an imagined country. Unlike Anders’s later philosophical work, with which Rey is quite familiar, the novel has never been translated into French or English. Curious about the book, Rey enlisted the help of a German-speaking friend, who selected and translated a few chapters, and from that material, Rey then chose eight sections to adapt. The resulting film is built from nine reels of 16mm, one reel per chapter, along with a wordless interlude. (“Lud is the Latin root for ‘play,’” Rey said. “I think the film has an element of play in it.”). The shooting was done between 2007 and 2011 on outdated Gevaert 722 and 732 16mm stock. The processing of the original material and the printing of 16mm prints were self-made at L’Abominable in Paris. 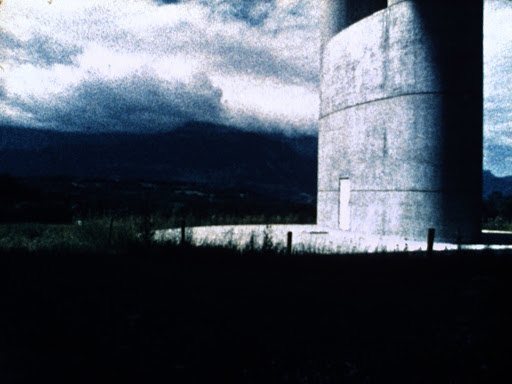 Also, this edition will be accompanied by tunes of Robert Kroos’ record collection.