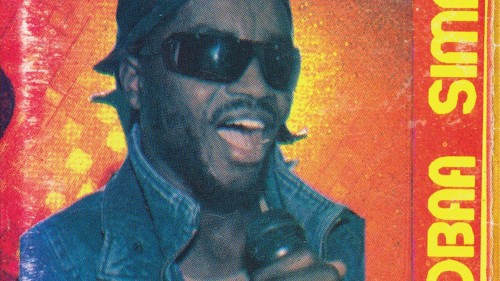 ≈ ATA KAK (GH) | Awesome Tapes From Africa)
Pantropical is super thrilled to introduce the Ghanaian electronic/rap/hiplife–highlife sensation ATA KAK, the man who kick-started the whole Awesome Tapes From Africa phenomenon!
Ata Kak’s cassette “Obaa Sima” was almost completely ignored upon its release in Ghana back in 1994. But when musicologist Brian Shimkovitz stumbled upon the tape at a street stall in Cape Coast, Ghana eight years later, it formed the catalyst for his new venture, the Awesome Tapes from Africa blog. Shimkovitz wrote of Ata Kak’s music in his inaugural post: “This is it. The song is called ‘Moma Yendodo’. You may never hear anything like this elsewhere. No one I know in Ghana listens to this frenetic leftfield rap madness.” The music on the recording – a mix of highlife, Twi-language rap, funk, hip-hop and electronica – traverses a rich and varied (international) pop music landscape, while also reflecting contemporary Ghanaian music of the period. Presented with the sweaty passion of a Prince record and the lo-fi recording charm of early Chicago house music, Obaa Sima’s joyous soul and casual brilliance made the enigmatic Ata Kak an underground internet sensation and a party-starter the world over. After more than a decade of searching Brian finally tracked down the singer.
www.facebook.com/atakak.ghana/
www.awesometapes.com/ata-kak/

Pre&after party will be in the hands of R’dam homeboys:

≈ AFROBOT (nl | Salamanca Label)
Afrobot is an avid collector and versatile selector of all kinds of pantropical craziness. For this one he’ll be slaving away through his crates to dig up some (quote) and other afrodelic tastes.
soundcloud.com/afrobot